Would You Survive an Active Shooter?

Home » Would You Survive an Active Shooter?
Feb 18 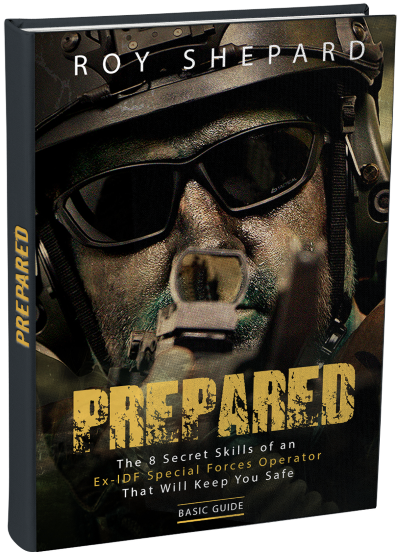 Would YOU Survive an
Active Shooter Scenario?

When armed madmen attack in your vacinity, will you know how to save your life and the lives of your loved ones?

On the night of October 1st, 2017, a mad gunman fired 1,100 rounds into a crowd of 22,000 people, at the Route 91 Harvest music festival on the Las Vegas Strip in Nevada, killing 58 people and injuring 546. 64-year-old Stephen Paddock, of Mesquite, Nevada, used a modified AR-15 assault rifle, and auto-fired at the crowd for just under 10 minutes, from his hotel room window on the 32nd floor of the Mandalay Bay hotel (across the road  from the festival). He was later found dead in his suite with a seemingly self-inflicted gunshot wound. As of the writing of this post, his motives are unknown. The incident was the deadliest mass shooting committed by a single person in the United States. 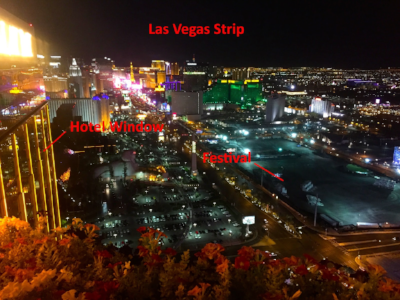 Even though this mass shooting happened only a few months prior to the writing of this post, this type of scenario has happened many times over the course of the last decade, in various forms. The core principles are always the same – an armed madman (or multiple men), carrying either a ranged or melee weapon, charges into a crowd of people in order to kill, injure, and spread terror for some ideological reason, or due to them being mentally unstable (or both). They pick their targets randomly and usually start with the ones that pose the most danger to their mission, like soldiers, police officers or security guards. Then they usually move on to anyone who they perceive as threatening, and only then anyone else at random, according to their vicinity and line-of-sight to the target.

Click the image below to watch the video:
Would YOU Survive an Active Shooter?

Can we prepare for this sort of scenario?

The answer is YES! We should always be prepared for such an event – there is no need to carry body armor or assault weapons (since we have police officers and soldiers that will take the initial hit). So we need to be craftier…

In the Gear Tier System series we discussed the Core and EDC equipment we should carry on ourselves at all times, and this will be more than sufficient to handle this sort of situation. If you have a licence to carry a concealed weapon, you can carry one in your backpack for extra security. In the Gray Man series, we learned how to disappear into the background and how to refrain from attention-grabbing activities. Becoming the gray man will give us the few extra seconds we need in order to initiate our danger protocol (coming up soon, keep reading!). 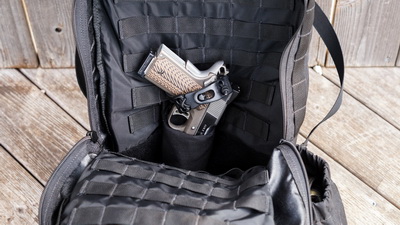 Will having the right gear be enough to survive this sort of scenario?

Having the right gear is a great start, but we’ll need something more. As we discussed in the books Prepared and Advanced Preparation and in the Gray Man series, situational awareness is where it all begins – being able to notice a dangerous event as soon as it starts, or better yet, prior to it, is crucial in avoiding and surviving it.

A big part of the awareness protocol is the Color System – mental thresholds (in your mind) you set to shift your readiness between:

So what should we do if an active shooter scenario is going down?

This is it – you are in a SHTF situation – you recognize an unstable, armed individual (or group) that is attacking people around you. Your actions during the next few seconds are detrimental for your survival!

You need to either neutralize the threat or escape the active shooter arena.

Here are the exact, battle-tested steps, that will immeasurably increase your chances of survival:

Important: DO NOT TAKE UNNECESSARY RISKS, and do not stay in one place for more than a few seconds.

An active shooter scenario is one of the most stressful situations imaginable! Make sure you are always prepared with your gear and mindset and if you ever find yourself in such an event, follow the protocol to increase your chances of making it back to safety.

Don’t take chances, use distractions and never play fair! You can even throw a live chicken at  the assailants – the chicken will flap their wings and cause a ruckus, diverting the assailants’ attention away from you.

Have YOU ever been attacked by an active shooter? Tell us your story.

What do you think is the most important thing to do during an event like the one in las vegas?

Please leave a comment below – I love getting your feedback and I read each and every single comment!

Coming up…
From active shooters to violent rampages, we’ve seen some disturbing events lately right in the heart of the USA! In our next post, we’ll continue to cover dangerous current events – how to prepare for them and how to avoid and survive them if worse comes to worst.

I can’t wait to share all of this with you,

So until then – Stay Safe!!